Nandigram is a town in the Haldia subdivision in the Purba Medinipur district of West Bengal, and about 130 km South-West of Kolkata, that takes about three hours of drive.

While few friends surveyed Daudpur and some Samsabad, i had a chance to visit the Raja Ram Chak (Eastern side of Nandigram), which is closer to the Hooghly river and in the direction of the landfall of the Amphan Super-cyclone.

When the cyclone came, people had to take shelter in the nearby schools and a few concrete houses. Trees and houses made of bamboos, mud, asbestos or tiles bore the brunt of the cyclone. Most of the houses lost their roof, mud houses collapsed or were badly damaged.

Houses somehow covered with tarpaulin sheets by those who could afford and wrapped with tattered, used plastic sheets by those who couldn’t. Interiors dripped with water from the leaking plastic sheets that were used to make do as the roof due to the overnight rains. Floors in some houses were just a pool of mud and water. Some houses smashed to the ground. Many homes just a skeleton of what once they were. Some houses looked like they were crushed down to the ground. Others looked  hardly inhabitable even before the cyclone, such is the condition of the financial status of their owners. Roads littered with leaves that had fallen in the wake of the cyclone, and dried in the few days that followed. Trees cut to make the road traversable again. Hardly a pond remained that was not obstructed with fallen trees. Trees can still be seen strewn on both sides of the road.

Electric poles, with wires spread precariously, lay on the roads or on the verge of collapsing to the ground. In some places, I had to get down the two-wheeler to pass over a few of the poles. Transformers could be seen tilting dangerously. 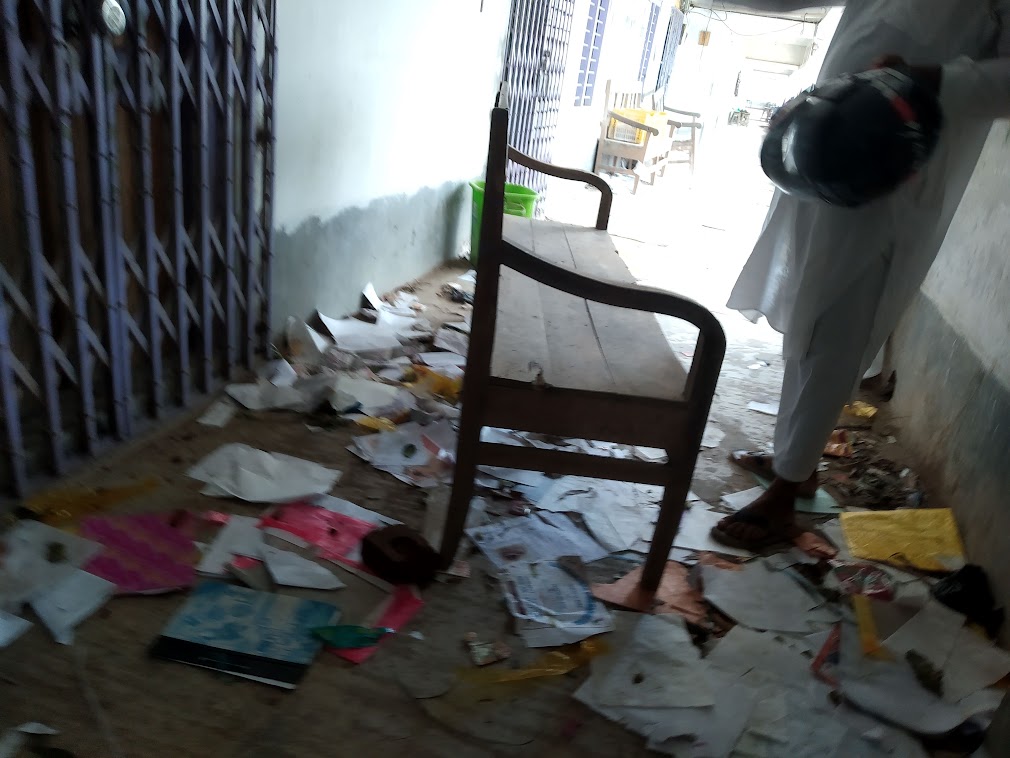 Inside the houses and shelters little children baked chapattis or women making what they could for lunch, on earthen or makeshift chulhas (ovens). Some sights could easily make one cry. They had received some foodgrains a month ago.

People told us about some places where there were no concrete houses where one could take shelter from the strong winds. Some took shelter in the ponds, submerging themselves in the water, but getting sprayed with mud lying around. Others on the ground just rolled like footballs until they could somehow manage to cling on to something that withstood the onslaught.